A World without Direction

A World Without Direction

She was the queen of Cloud Castle , her horses were roaming around feeding on the leafy floor- “Amelie!, Amelie!” she woke up in a startle it was her little brother Jake. “ It’s Sunday! We get to cook something for papa and mama!”, Amelie didn’t move. “Amelie wake up!” Jake screamed, Amelie groaned as she got to her feet. “ Okay I’m coming!”, she sounded annoyed,but to say the truth she loved Sundays.

Jake was already in the kitchen with his hat on top of his black hair, a pot , and some tomatoes. Amelie already guessing they were going to make tomato soup, went straight for the salt,bay leaves,butter, and water. Amelie diced up some tomatoes and put the tomatoes and some bay leaves in a pot and turned the heat up. Then, she added 1 cup of water,2 pinches of salt and a table spoon of butter, and put it in a blender for a minute. She took out four bowls and put the soup and some bay leaves in, while Jake quickly did the table. Jake then ran into their parent’s room and woke them up.

Amelie’s parents loved the breakfast- as usual. When Amelie and Jake finished eating they got permission to leave the dinning area. Amelie got to her room and Jake was already there with a mysterious look on his face, then he quickly crept out of the room. Amelie got suspicious so she looked in her drawer for her favorite story book- and oh! Jake had stolen her very precious present, story book # one, that Amelie’s friend gave her. She stomped into Jake’s room and found Jake looking at her book, Jake looked up with a scared expression. He started to mutter something in a very high, and squeaky voice. Then Amelie grabbed her book- but Jake pulled back. All of the fighting stopped when their mama came in. Amelie took her book and put it away then she dressed in her favorite clothing and went outside to feed her horse Amaryllis (like she always does when she gets angry). Amelie poured a liquidy mixture Amaryllis loved into a big cup- which Amaryllis also loved. Then, Amelie went on a short ride with Amaryllis and came back to the stable and tied Amaryllis to a bar. When she got home it was night and it was raining. She got to her brother’s and her’s bedroom and found Jake in his pajamas starring out the window and looking upset, because the rain made him cancel his “very important things to do” which even Amelie didn’t know. Amelie took a quick shower and changed into her pajamas. She stood beside her little brother and asked “Do you want me to read my story book to you?”, since she felt bad for Jake. Of course Jake nodded his head with lots of enthusiasm, “ Then can you go get it?” Amelie asked.

Jake quickly ran into Amelie’s workroom. He moved a chair near the closet (without trying to hurt Fleet their dog) he stood on his tippy toes while on the chair and reached for the box which contained the book. Jake grabbed the box-but everything fell including the book. He climbed off the chair, grabbed the book and ran into their bedroom.

Amelie woke up to a startling noise, her long, shiny black hair swaying at her side, it wasn’t Sunday so it wasn’t her brother. Then she realized it was her mama making breakfast and,- yay! It’s her first day of school! She rapidly got ready without Jake waking up. Amelie got her backpack and ate her breakfast in a flash. Her mama walked Amelie to school since it is her first day, and her school was really far away.

When Amelie got to school and said bye to her parents, she found her new teacher Ms. Makay outside with stunningly beautiful orange hair, a blue, rhinestone laced, tight fitting Calvin Klein dress with black, shiny DKNY high heels. Ms. Makay was shivering.

“ Hello students as you know, my name is Ms. Makay, you can also call me Ms. M in the first few weeks. As I understand you are new to Robertson High I will guide you throughout this school year, so let’s get inside and get to it!”. Even before Ms. Makay taught Amelie, she knew Ms. M was a really good teacher. At gym Amelie had made a new friend named Kylie, she had red hair and  gray-blue eyes.

After school Amelie and her friend Kylie went down to the nearby ocean to look at the dolphins. Amelie saw one little dolphin close to a big dolphin. She was so tiny, there was something different, she looked younger-oh! She is a newborn! “Kylie! Look! You see that little tiny one?!” “Yah! It is so tiny!” Kylie said back “That is because she is a newborn!” Amelie exclaimed “Wow” Kylie whispered. They stared at the newborn in awe, as they stared,time flew past really fast, by the time they went home, it was already dark.

When Amelie got home she bathed, changed into her pajama, and went to study on her soft, comfy bed. She started practicing her spelling words since tomorrow is the spelling test, but slowly, her eyes drooped lower, lower, lower, and lower until she was fully asleep.

It is morning now, last night Amelie had a dream about the same place Amelie and Kylie had went, except this time there was a seagull in Amelie’s hand-and it was a dream. Amelie was sleeping soundly, drenched in the warm rays of the sun-“RRRIINNG!RRIIIIIINNNNGG!” it was her alarm that she set so she won’t be late for school, because today Amelie had to walk to school by herself!

I wonder if that dream meant anything? Could it be that I’m in danger?, Amelie thought to herself as she absentmindedly walked down the hill that was close to Robertson High. When she reached the bottom she was lost, Amelie forgot the path to her school. She raced through her brain to find the slightest hint of a memory for the path to her school. She searched and searched but she couldn’t remember, finally she gave up and started to head home. Then she forgot the path to her home too! Amelie was lost,fear grew in her heart, a warm tear trickled down her cheek. How did this happen, Amelie asked herself just then it all went black, and then she saw a little scene from the dream she had last night.....

When Amelie’s vision came back she was really dizzy, that was strange Amelie thought to herself. She realized she wasn’t at the hill anymore, someone must have put me here! Amelie thought. Now Amelie was truly lost with no shelter or food, how can she survive?Tears rolled down Amelie’ rosy red cheeks. 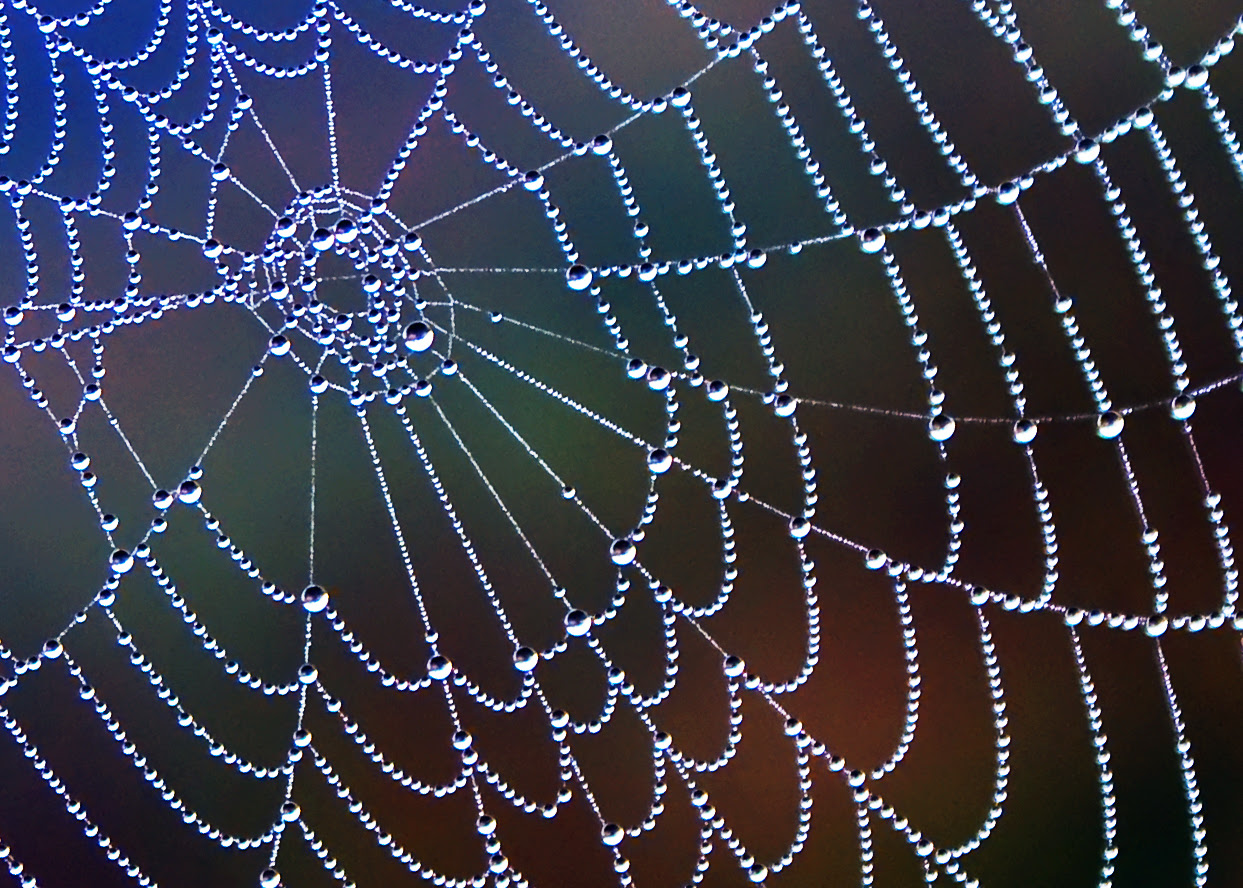 As night fell, Amelie sewed herself a few dresses with spider webs, and with the help of the spiders she also sewed herself a warm, cozy bed. She went down to the river and bathed in lukewarm water and ate her lunch that her mama packed for her for school. Then she changed into her soft, comfy dress she sewed, and she climbed into her bed.

Amelie woke up in the middle of the night to an eerie, deafening howl. “AHH! What was that?!”, it was the howl of a wolf. She had woken up to the howl and realized she had the same dream she had two days earlier (the one where there was whales, seagull), “Okay then...”, Amelie said while yawning, and she slowly went to sleep.

Next day, when Amelie woke up, she heard a peaceful song, that the wind played through the trees. “Huh? What happened? Where am I?!” Amelie said to herself, then it hit her, she became lost while she was walking to school. “GGGRRRR!!!!” that was Amelie’s stomach, she had to get food soon, otherwise she would die from food deprivation.

Amelie walked through the thick, lonely, forest searching desperately for something to eat. When she saw a snail on a blade of grass, she remembered had to eat, so Amelie picked up the snail, made a fire, and roasted the snail so she could eat it.

After her breakfast Amelie decided to play in the river. She splashed and swam for what seemed like a short while. Then Amelie changed into one of her cobweb sewn dresses. 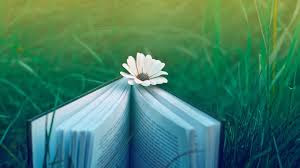 Amelie decided to read one of the stories in her school bag. She took out ‘Smiles of my Enemies’. Smiles of my Enemies is a story about a girl named Kira is being bullied, by the “popular” in her school, and how Kira stood up to them along with most of the others that were bullied. She read a few more stories, when the wind started howling. Amelie changed into her night dress and went looking for somewhere else to read.

While Amelie was looking for quiet spot to read and rest she found a deer. She walked close to it really slowly. Amelie put out her hand and then she patted the deer. “Are you lost?” Amelie said, the deer swayed it’s head side to side like it knew what Amelie was saying. “Oh, because I am lost”, and the deer nosed the ground as if it was pitying for her. A strong gust of wind blew, and the deer ran away. “That was strange” Amelie said as she set up her cobweb bed, and climbed into it.

“CLASH, SWOOSH, BANG!” Amelie woke up in alarm. She saw animals fleeing everywhere, trees falling down! It was a tornado! Amelie quickly packed everything in her school bag and ran along side the animals. Fear filled the eyes of the innocent animals as they raced to get to safer ground. Amelie panicked with fear as one of the animals was drawn into the tornado. Amelie thought she would never survive. Her legs were burning from running. Water slashed into her eyes. Claps of thunder deafened her hearing. Amelie couldn’t see anything. Her arms were bleeding from them being scratched by the running animals. The school bag on her shoulder felt like an elephant. Will she survive?.............

In the rush, Amelie fell and she gets trampled over, and sadly lost her life, and while she was ...dead she was in her cloud castle she had dreamed of before.

“AHHHHH!!!!!” Amelie screamed, “ Woo, that was just a dream! Good thing, I was scared!” She got up and got ready for her first day of school.