Today I am going to tell you about a person who always has a big smile on her face :) .......I'm talking about  my grade 5 teacher Ms.Muir. Ms.Muir is also know as Michelle Muir. She is a poet she is a teacher to students and other teachers. She had published a lot of books, but this book called Nuff Said is the only book that I know of. In 2006 she was in the local finalist on  CBC's 5th annual cross-country " Poetry Face Off" competition.And she also Won the competition. 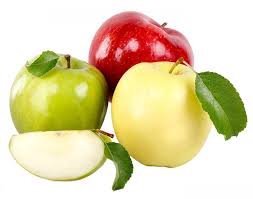 Now I'm going to tell you about MUIRLAND (which is our class.) And how it is different from other regular classes." Muirland is special because Ms.Muir is our H.C.I.C also know as Head Cutey In Charge. Ms.Muir made us a living room which is mostly full of books and the living room has a disco ball. In Muirland there's Muirland T.V which is a T.V show that we get to at in. We have to look at the help wanted chart to find out who is presenting. On Muirland T.V there is a host, a co-host, a comedian who tell jokes, a kid power person who who talks about a kid who have done special things, a did you know the trivia box person, a poet and many other jobs.The help wanted chart is for making sure that there is are attendance monitors,Pizza people, a minster of distribution, a minster of collection and many other jobs.

And if we do good things we get a Dudley from Ms.Muir. And at the end of the week we pull out a Dudley from the groovy group pail. And whom ever gets chosen they go to the big brown box of stuff and get a price. we can get a group Dudley by doing team work and if it is a group Dudley we get some thing from the spinning apple. The big brown box of stuff is where we get prices when you Dudley is pulled out. the spinning apple is the same as the big brown bow of stuff but it is for group Dudley. The groovy group pail is where we put scissors, rulers, and glue...... Muirland is awesome!